Pages Of My Blog

About me
My name is Romy and I am 22 years old (May 25th 1993). I study Linguistics at the Vrije Universiteit in Amsterdam with a focus on language and communication in institutions. I live in the north of Holland together with my parents, my two brothers and our cats. I live a busy, but fun life being a student, scrapbooker, photography addict, friend, (grand)daughter, sister and niece.

I started scrapbooking back in 2007, two years after attending my very first scrapbooking class at my high school. Scrapbooking is a wonderful way for me to combine my three biggest passions: photography, creativity and writing. I love to create a variety of artistic projects: cards, lay-outs, altered items and mini albums. Throughout the years I have really developed my own style of creating. Layering is my signature mark and I also always love to add lots of details and fussy cutting to my pages.

I am very grateful for what this hobby has brought me thus far. I have met many nice people and got some amazing opportunities and chances. The past few years I have been a proud design team member and guest designer for several companies and other design teams. Furthermore, I have been published in several magazines (both print and online). Being or having been a designer or guest designer on a few teams is like a dream come true to me. I feel truly honoured to be working with other talented artists and kind people. They are one of the reasons that my passion for scrapbooking has become even bigger throughout the years.

This resume is a summary of the design team and guest design team positions that I fulfill or have fulfilled. Besides, you can find a list of my publications and features here.

If you would like to see more of my work, please take a look at my weblog (http://www.scrapstuffandmore.blogspot.com/) or visit my online galleries, which can be found at the bottom of this resume.

Current Design Teams
I am currently designing for:

Past Design Teams
In the past I have been a designer for:
Guest Designer
My guest designer spots:

My card published on the cover of Cards & Scrap #17. 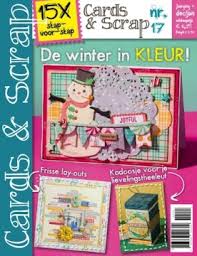 Online galleries and social media
You can find more of my work here as well: 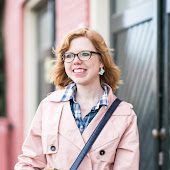 Hi! Thank you so much for stopping by on my blog.
Who am I?
My name is Romy Veul and I'm a 23-yearold passionate scrapbooker and cardmaker with a love for photography, crafting, journaling and everything related to crafts. On my blog I post everything I create. Enjoy!
E-mail: romyveul @ hotmail.com